Starting with K2 Cloud Update 6 and K2 Five (5.2), access to the K2 Designer site is controlled solely by configuring rights using the Designer node in K2 Management as pictured here: 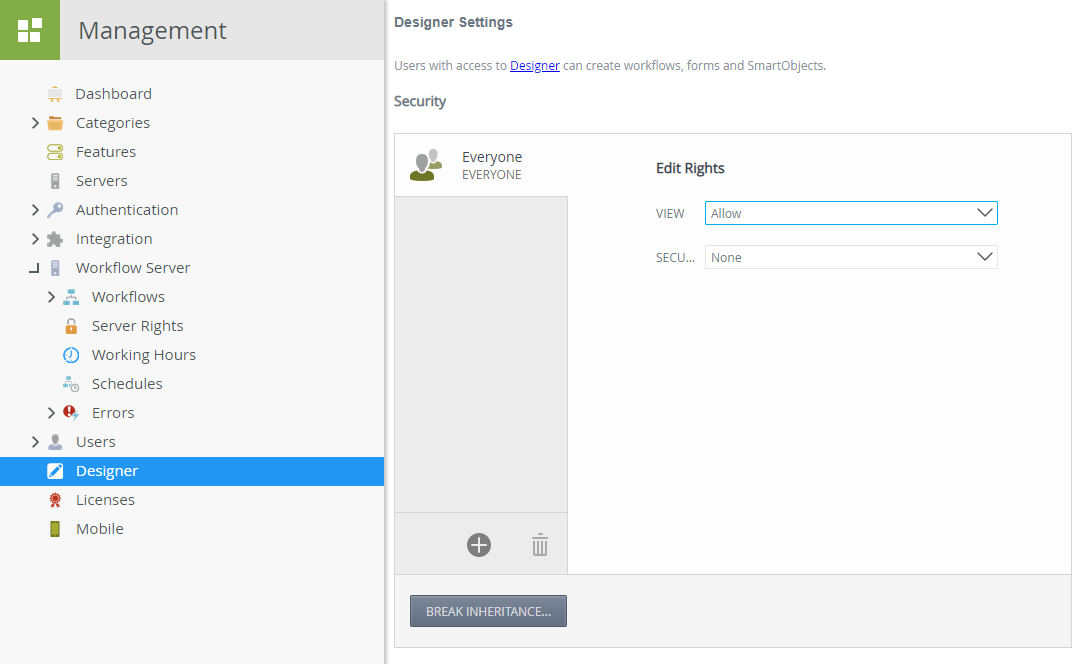 There are several implications of this change and how users access and use the K2 Designer.

After an upgrade, the Everyone role is assigned View – Allow rights to the K2 Designer. However, unless you have Export rights, you cannot deploy workflows. This means that people who previously did not have Export rights could not access the K2 Designer site to design workflows. After an upgrade, they can design new workflows and look at existing workflows, but they cannot deploy any workflows. If you need to keep users out of the K2 Designer, you can remove the Everyone role and add users, groups, or roles, and assign them View – Deny rights. For those who need access, assign them View – Allow rights. For an overview of managing rights in K2 Management, see the Authorization Framework Overview topic for K2 Cloud or K2 Five (5.2).

The Solution Designers Role in K2 for SharePoint is Removed

The previous way of allowing SharePoint users to design workflows was to add them to the Solution Designers role. This is no longer the case as access is granted solely by using the Designer node in K2 Management. As previously noted, this means that everyone can access the workflow designer by default now unless you configure rights. This means that the Designer node in K2 Management is the single place to configure who has access to the K2 Designer.

Access to the deprecated Silverlight-based designer is determined by both the Export right and the Designer right. If you are still using this designer, you must assign rights in both places to the same users, groups, and/or roles, Export on the Workflow Server – Server Rights node and View – Allow on the Designer node.