I'm trying to change the color and hover color of the the 'arrow' down image in the panel header (collapsible icon). Our users don't notice it so I want to make it more prominient and in our 'hyperlink' color theme of red.

I don;t have server access to investigae the style sheets in depth so have to rely on developer tools in explorer and use data labels to apply css to the form itself.

However I can not seem to find the CSS for it despite using just about every one shown by developer tools.

Does anyone know it, have spent 3 hours on this and time to call it a day lol (if only we had properties in k2 smartforms for the panel header, must add it to my wish list). 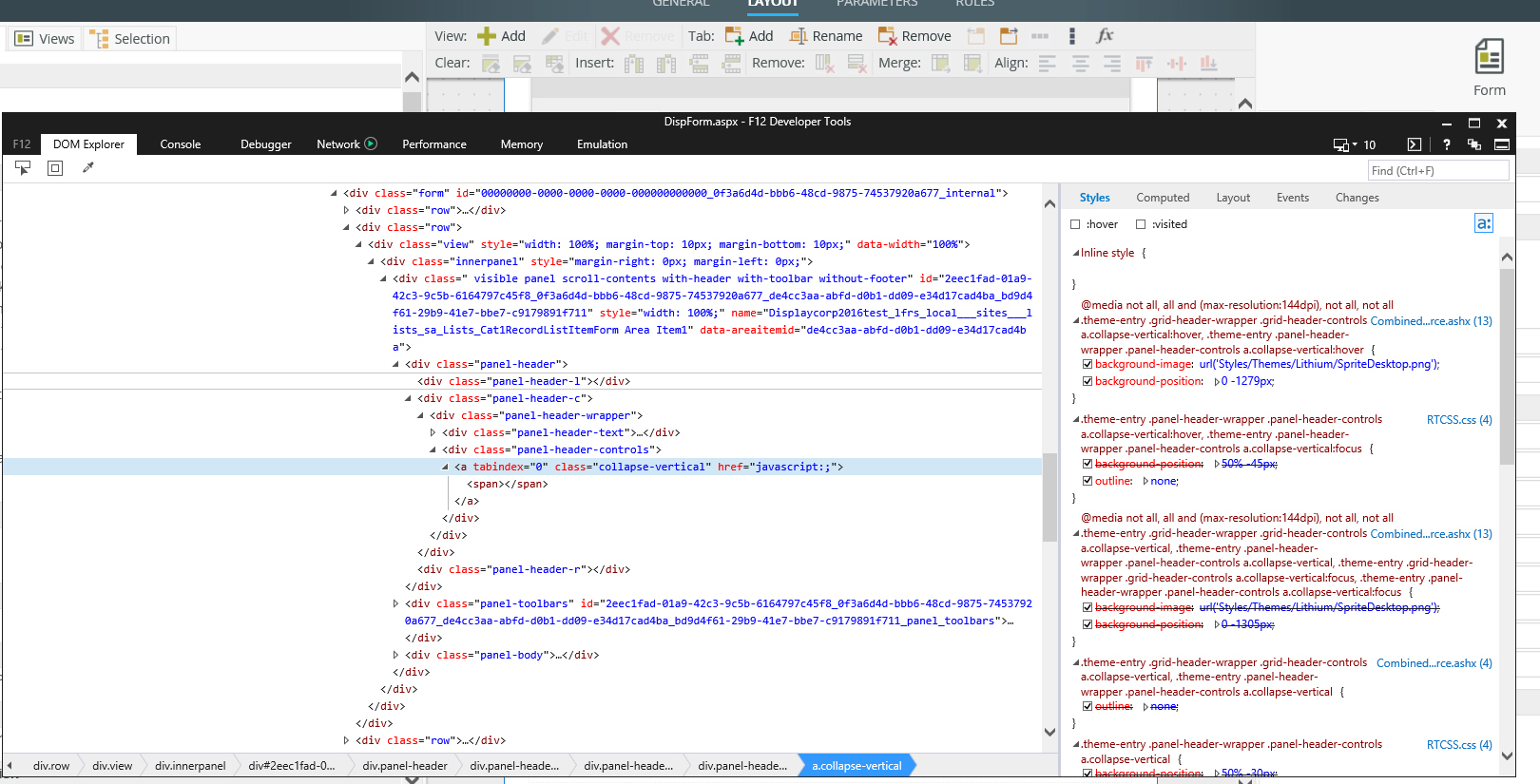 Thanks,  Changing the theme isn't an option because we like to brand our forms inline with our corporate image and Lithium is as near as I can get without too many css changes,

I will definately be putting it in as a feature request :-)

Thanks for the link, eventually we will aim to create a custom CSS, but the current process is too complicated and time consuming to achieve without server access, which I don't have.

In addition, when designing a custom theme you would need to be able to tweek it a bit and see the results, then tweek it some more etc ... the current process assumes you will know exactly what styles you need to change by a single export of the less file and then re-importing it, but in reality you need to see the changes being made side by side with the form interface.

Using a data label on the form itself at least gives me this instant ability to see the changes before I prepare a final css file for implementation by the server admins, but it's hard getting there when I don't have access to the complete styles sheets in css format to reference.