When creating multiple paths on the Split or Decision step not all of them show on the workflow design canvas.

In this Split step example below, you created 14 outgoing paths, but only 11 of the 14 paths shows on the step on the canvas. Path 12 to 14 are missing. 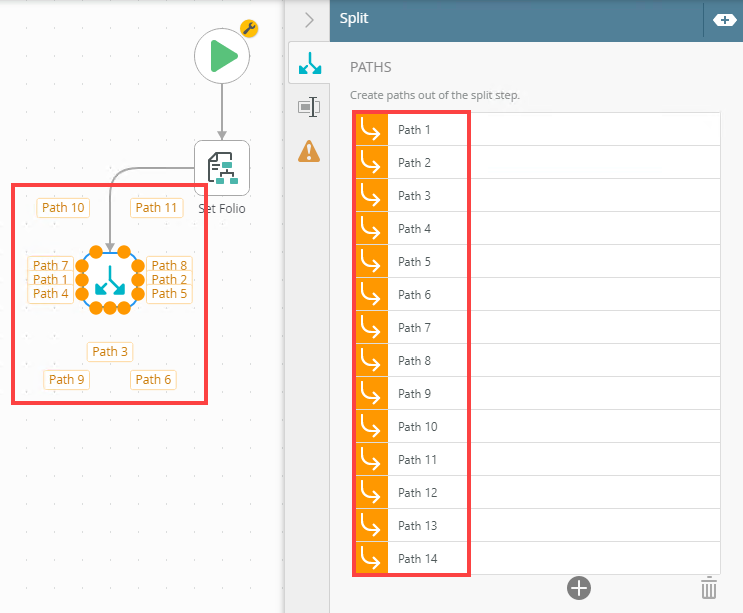 The same behavior occurs on the Decision step. In this Decision step example, you created 15 outgoing actions on the Task step which creates 15 linked Decisions, but only 11 of the 15 show on the canvas. Action 12 to 15 are missing. 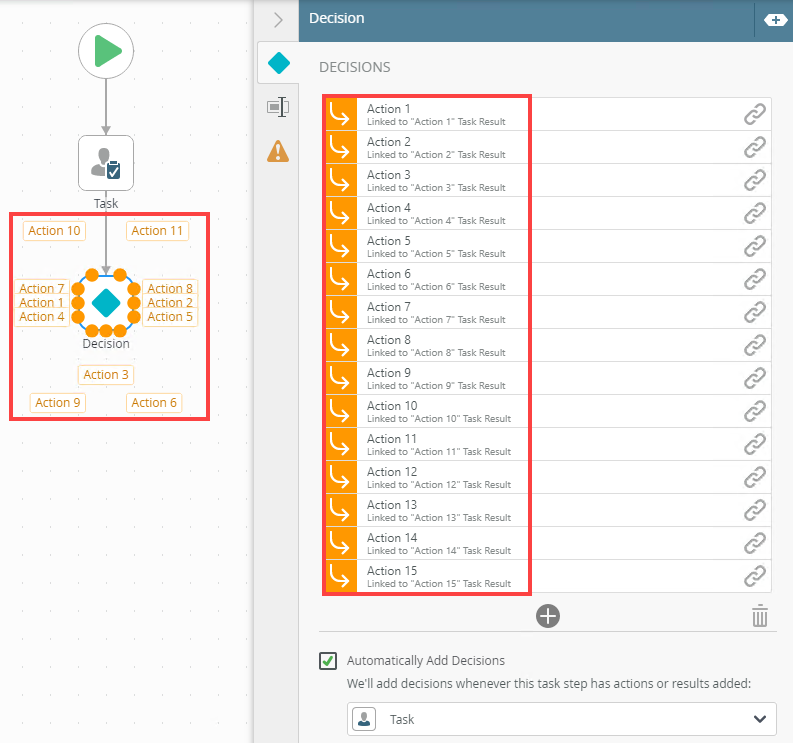 When you add and configure a split step, decision step, or task actions, yellow dots show on the step. These yellow dots are known as "ports". Typically, you would connect a line to a port to define the workflow's 'flow'. Ports are used to connect incoming lines as well as outgoing lines. A step has a maximum of 12 ports. 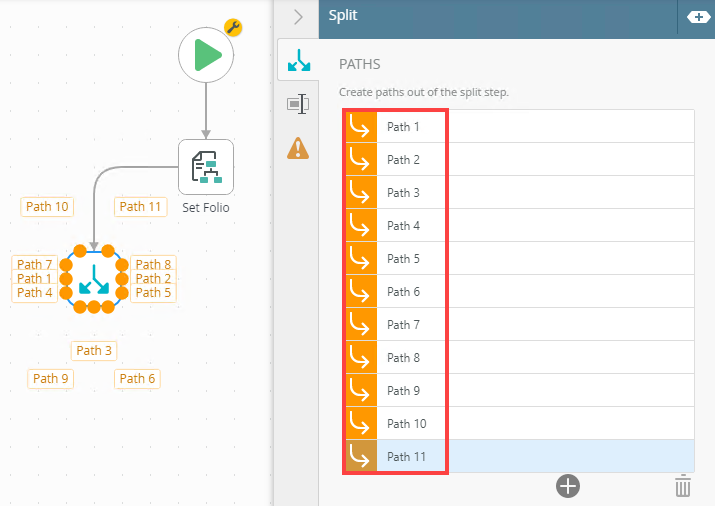 If you created more than 12 paths/actions/decisions, delete the additional ones and make sure you don’t exceed the 12-port limitation.

Alternatively, depending on your requirements, you could create a separate decision step in the workflow to join to another step to create 'additional' ports, and use a decision step to guide the workflow to one of the multi-ports steps. For example, suppose you have a decision step that checks the amount of an expense claim in thousand-dollar increments up to $20,000, each increment with a different port. But because of the port limitation, you can only connect 11 paths. To work around this issue, add a decision step earlier on in your workflow that splits the workflow into two sets of 10 increments: one path for amounts less than $10,000 and one path for amounts greater than or equal to $10,000. Then, add two subsequent decision steps to each of these paths to handle the increments in groups of 10 items, as shown in the example below: 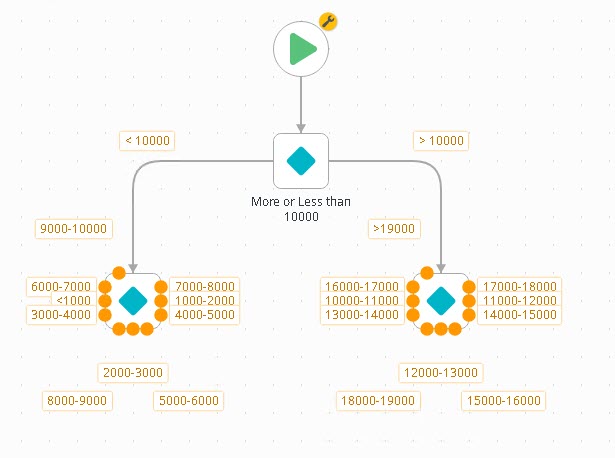