K2 Cloud Secure Data Access (SDA) enables you to access your traditional, on-premises line-of-business systems from K2 Cloud applications without the need to open access within the firewall, place systems outside the firewall, or create VPN connections. Connections to your K2 Cloud tenancy originate from a network appliance deployed within your private network and are secured by an SSL-based, encrypted and exclusive connection between your on-premises environment and your tenancy.

For other options when connecting K2 Cloud to on-premises systems, see Connecting to On-Premises Data from K2 Cloud.

K2 SDA utilizes a patented, reverse-access technology that does not require a VPN, DMZ, publicly-accessible ports or other network infrastructure changes in your on-premises environment.

You connect your on-premises systems to your K2 Cloud tenancy using a web-based administration portal that is part of the SDA Access Controller (the “controller”). This provides the ability to expose line-of-business systems, configure the ports that traffic flows through, and more. 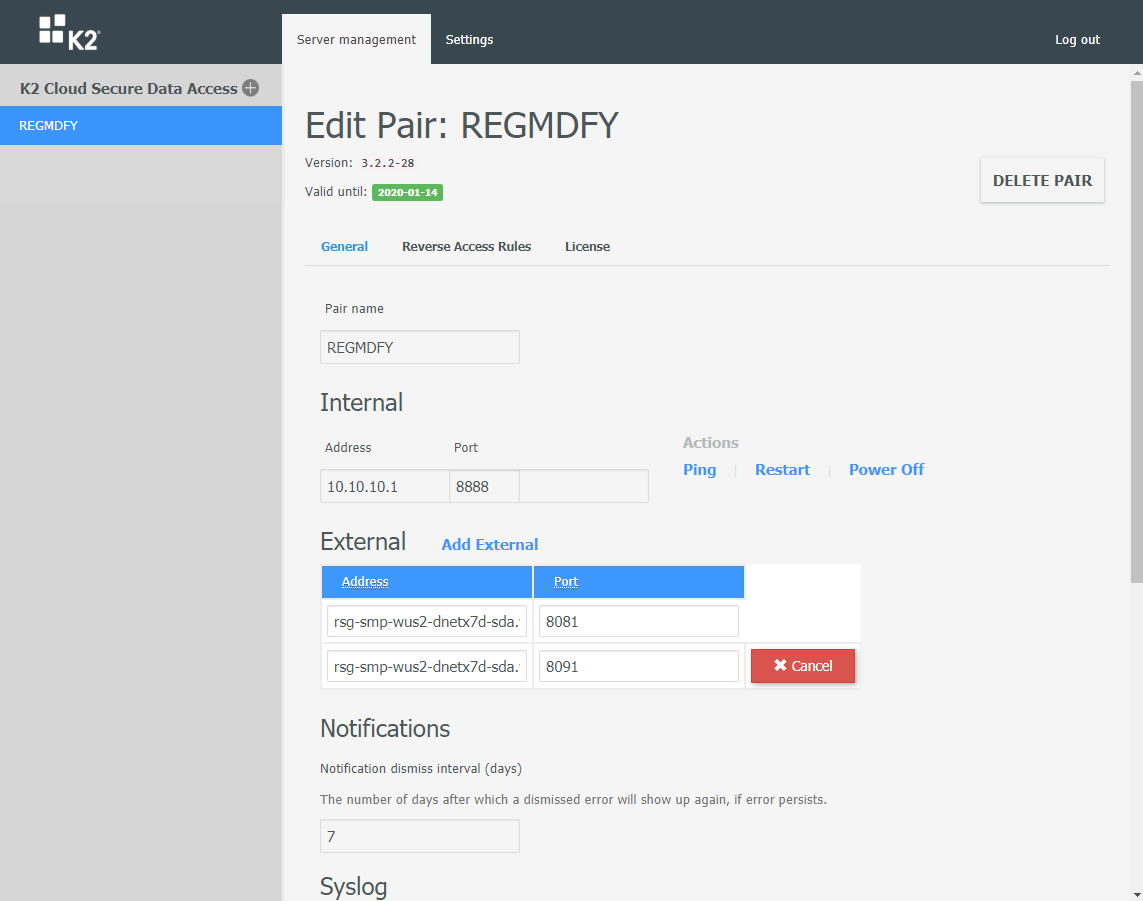 The diagram below illustrates how communication is initiated and flows in an SDA implementation.  In this example, we are using SQL Server as the on-premises LOB system. 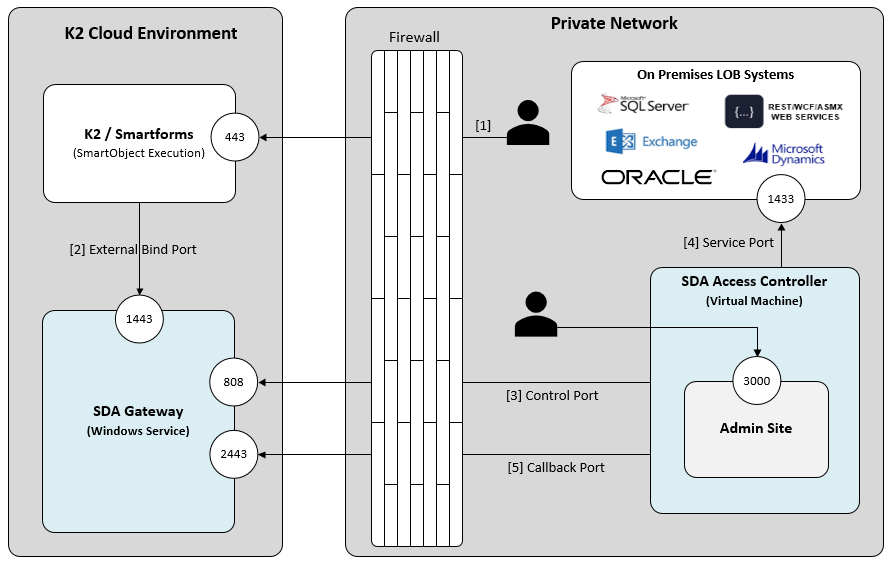