K2 Cloud Update 11
K2 Five 5.3
Workflow Designer
Workflow
How to Document
This article was created in response to a support issue logged with K2. The content may include typographical errors and may be revised at any time without notice. This article is not considered official documentation for K2 software and is provided "as is" with no warranties. 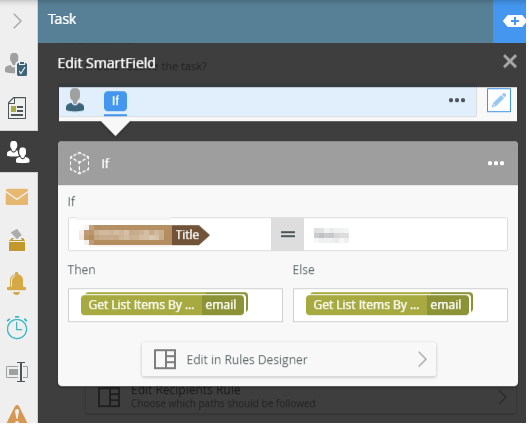 As a workaround, do not use the IF inline function and instead have multiple destinations and use the Recipient rule to validate which destination gets the tasks.

Using the workaround it is hard to distinguish between the destinations when using the same SmartObject methods with different inputs, for example. Testing will be needed, and an Investigation item was logged to implement destination naming similar to how groups work where you can specify a name for the destination slot.