K2 Five
K2 Five (all)
This article was created in response to a support issue logged with K2. The content may include typographical errors and may be revised at any time without notice. This article is not considered official documentation for K2 software and is provided "as is" with no warranties.

How do we configure the Workflow Settings - Start Forms and User Task > Data Bindings to map Views/Forms objects to Process Data Fields if the same Wizards do not exist in the K2 Five Designer?

In the Silverlight workflow Designer (pre-K2 Five), the following wizards are available but not present in K2 Five.

How do we make the same configuration in K2 Five?

These wizards in the Silverlight workflow Designer (pre-K2 Five) are essentially configuring the rules below that are added to the Form:

Thus, the same configuration can be made on the SmartForms level in K2 Five after the rules are added by the Workflow Designer.

Please see the details below regarding the related mappings between Silverlight (pre-K2 Five) Designer and K2 Five Designer: 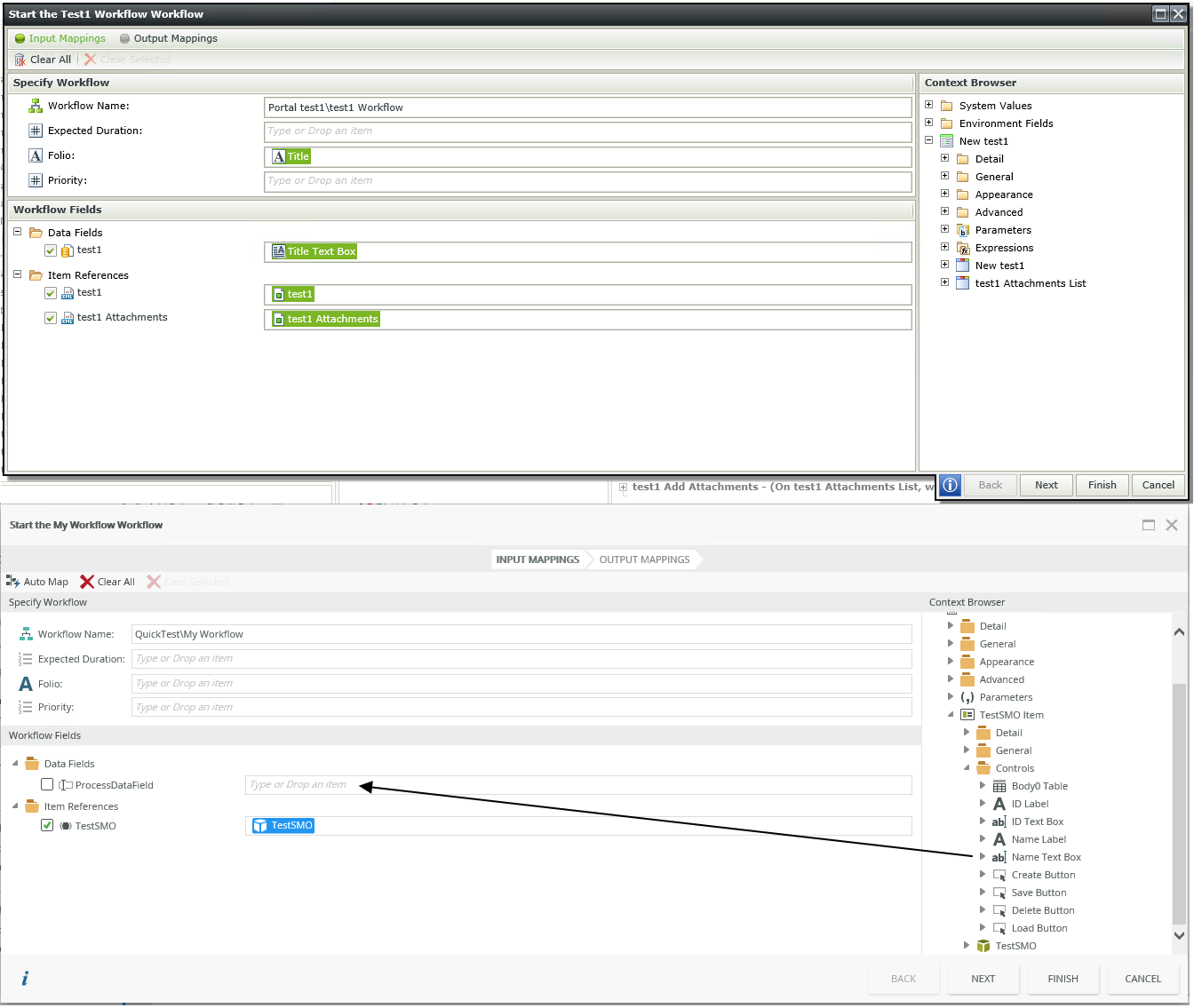 * These wizards were not available in K2 Five during the publishing of this TKB, however it may change in the future.

** The equivalent wizards for K2 Five can also be submitted/upvoted as an idea at https://ideas.k2.com/ for tracking purposes.