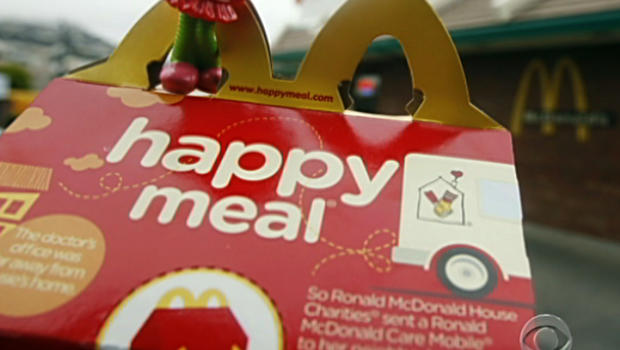 So if you're as young as I am

, you could probably remember the "happy meal toys" you would get in McDonald's Happy meals.  I remember those all to well.  The sad part would always happen when I waited to long to get one of the toys that was part of a series and it was no longer available... So I don't want to scare anyone, but you should consider yourself warned because Microsoft is at it again.

What does this mean for you?

While you don't have to abandon ship immediately if you haven't already started planning your migration off of SharePoint 2010, but I would start soon if I were in your shoes.  The last thing you would want is to run into an issue with SharePoint that you can't resolve internally and you can't call Microsoft to help because you're on an older version.  So what should you do?

As someone that has worked with over 30 migrations, I've seen the good, the bad, and the ugly.  Here are two key things I would recommend for anyone still using SharePoint 2010.

1. Review your processes: Take the time to review your process.  A lot of things have changed since 2010 was released and I'm not talking about SharePoint.  I'm talking about how people work today.  There's no point in migrating broken processes, processes that are old and stale or content that just is't useful anymore.  Also with the cost of storage, drive space cost going up and user productivity needing to increase, re-evaluation is good.  So start off on the right foot, and at least evaluate what you have now, before you move it over to a new SharePoint version.  No need in helping clutter a new platform if you don't have to.  I would also recommend the following to help you when using Nintex:

The Workflow Analyzer is a project that has been worked on internally for quite a while. We find it quite useful and think you will as well. This tool will allow you to view             workflows outside of a SharePoint environment as well as a few other tricks.

It's a cool script we’ve built to help you inventory and measure all workflows across your environment.

NWAdmin is a command line tool that ships with Nintex Workflow 2010. It is used to perform various administration operations.

2. Plan your migration approach: Migrations can be boring, scary, or down right frightening for your users, so figure out your options.  Find a Nintex Partner that can help you with this and they can make your life a whole lot easier. Another thought for that, and one that I would recommend because I've personally used them is Sharegate. Sharegate's migration tool can be used to migrate SharePoint content and Nintex workflows from 2010 to 2013 and 2016 when its released. Their product is easy to use, works great with Nintex Workflow and Forms, and its easy to use!  Be sure to get the correct product version that includes the Nintex functionality if you use them.

Migrations don't have to be the horror story of IT.  There are a lot of guides, documents and help out there; so don't be shy, ask for help.  No point in running into issues that someone else has already resolved.  Also I would check out the SharePoint Community .  There are tons of people out there that can help with SharePoint related issues and may have done what you are attempting already.

So with that, I will end my warning for SharePoint 2010 End of Life.  If you are still needing to migrate off SharePoint 2010, be sure to plan things out, don't rush and get help if needed.  It may be worth while to explore migrating either directly to SharePoint 2016 or going to Office 365.

Hi Eric, thanks for the great post. I'm currently involved in a double migration project, as the company is moving to SP 2013 before the end of the year, but the main goal is to move to SP 2016, which will happen in June 2016. Is it already confirmed the Nintex WF & Forms for SP 2016?

Pedro López-Belmonte​ I did not know that about Tuesday 13th.  That's not good at all.

As for your double migration, sorry to hear about that.  I'm sure that will be fun to some degree.  Glad to know they are using Nintex Forms and Workflow.  Have you run any of the reports from Know Your Workflow?

Actually I'm not aware of Know Your Workflow. Could you give me more info?

Pedro López-Belmonte​, check out the link in the post, but the program basically allows you to gather information on all the Nintex workflows running in the farm.  Its really helpful to see how things are being used and how some things may be wasted as well.  Its a good analysis tool to use when prepping for a migration.

You mentioned Sharegate as one the partners for migrating NW and NF. We are creating plan to move to 2013 and have looked at Metalogix. Even they state to be helpfull in this migration. What is your experience with that if any?

Hi, I have Sharegate and recently used it to move from 2010 to 2013. As you mentioned it now does Nintex Workflow and Forms. Worked well in the most part, a few of my 200 odd workflows needed some tweaking but it did save a lot of time by not having to export and import everything.

One thing to note with Sharegate is, it doesn't migrate the FormData. IE hidden form data within a nintex form not connected to a list. I used DataSync studio from Simego to sync this up. Though this may have changed recently.

Also there is no bandwidth limit on Sharegate. You can migrate as much as you want. There's a trial available too.

As for the migration part again on the whole Sharegate works well. I used a mixture of migrating sites one at a time, it gives you feedback as it goes as to any errors etc.

Thank goodness we are coming off of 2010. However, I wish we were moving to the more recent version!

Good post!   However, I would not go as far as to claim that there would be no support if an issue were to arise.  Its best to first understand the difference between mainstream and extended support; what you have covered and what that provides.  Also, as someone who tracks Microsoft releases, their ten year pattern is pretty much intact....it's not like they wake up one day and say we really want you off 2010 now!   The lifecycle policy is very predictable.