After P&D deployment updating existing solution the default forms are not set to use the K2 forms and instead still uses the OOTB SharePoint forms. 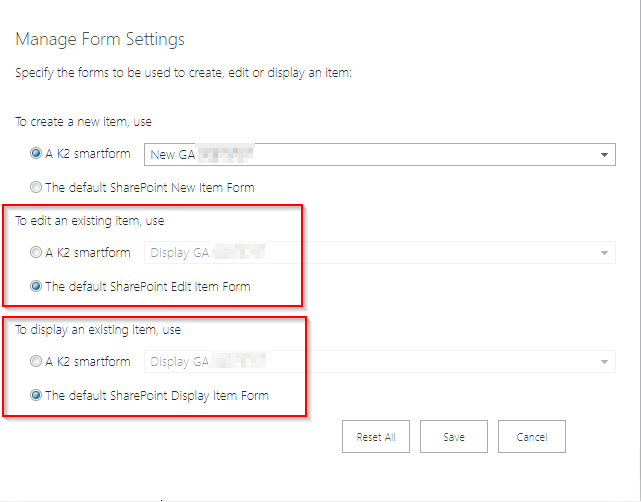 This can happen if the forms are pre-created on the target environment and then updating them using P&D (Update existing solution) option which will not refactor the name of the forms on deployment.


When creating forms the forms system name will be short and have no reference to the SP site and lists, this causes P&D not to map them if used as the default New, Edit or Display forms.

Since the From that needs to be set as the default New / Edit or Display forms already exists on the target and using P&D with the option to update the existing solution, the name will not be refactored and set as default forms due to ambiguity.


To fix this delete the Form from the target, re-deploy the package using the P&D option to create a new instance of this solution. 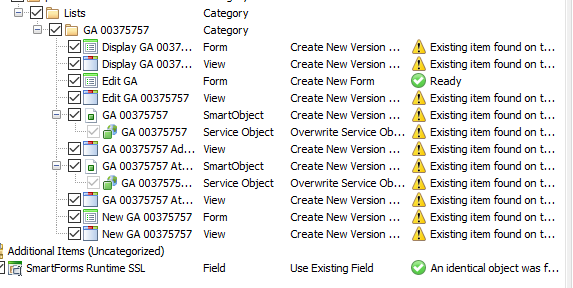 Deploy the package (P&D will show a warning click OK) and the form that was deleted and being redeployed will have the refactored name and set as the default forms as intended from the source environment. 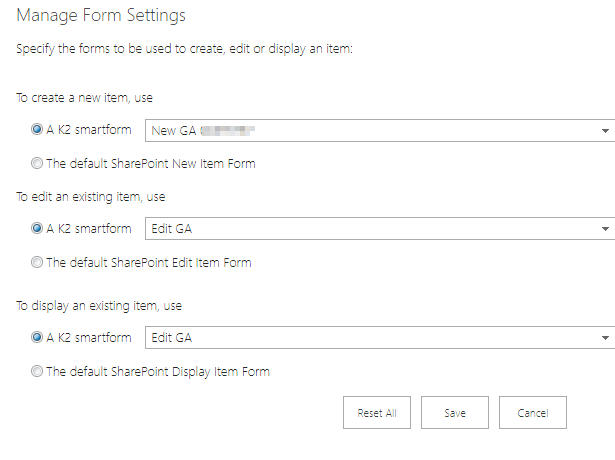